SHIP INFORMATION
WRECK SITE INFORMATION
This information will be updated as it becomes available.
STORY OF THE LOSS

September 21, 1993. Swayze states: "The Duke Luedtke was bound from West Harbor, Ohio, for Ashtabula when she sprang a leak for an unknown reason. The Coast Guard responded to her distress call and two of them were below trying to find the leak when she turned turtle and sank in 70 feet of water. Only one of the two was able to escape."

Divers and helicopter crews searched from dawn to dusk but were unable to find a Coast Guardsman who disappeared in Lake Erie early yesterday morning after boarding a sinking tugboat about 14 miles north of Avon Lake. The search for Seaman Michael Eric O'Neill, 20, of West Alexander, Pennsylvania was scheduled to resume at sunrise today, said Chief Doug Sharp of the Cleveland Harbor U.S. Coast Guard. O'Neill was the only person who was not rescued from the 69 foot boat, the Duke Luedtke, when it capsized and sunk.

Rescued by the Coast Guard were Seaman Marvin Thompson, 26, of Van Wert, Iowa, and three crew members: Captain Jack Hannan of Sheffield Village, Fred Gunn of South Euclid and Albert Cropek of Girard, Pennsylvania. Hannan, listed in stable condition at Lutheran Memorial Hospital in Cleveland, suffered the most serious injuries, hospital officials said. The others were treated and released. O'Neill and Thompson boarded the boat to investigate a reported leak. As they helped pump water out of the engine room, the boat suddenly flipped over, struck the nearby Coast Guard boat, and sank, said Chief Petty Officer Robert Bradford of the Coast Guard in Lorain.

All three crew members were thrown overboard, and Thompson managed to escape from inside the boat by breaking through a window, Sharp said. It was originally believed that O'Neill might have been trapped inside the boat, but the boat was empty when it was discovered early yesterday in 67 feet of water. The tug boat is owned by Luedtke Engineering Company of Frankfort, Michigan.

A twenty year old Coast Guardsman lost his life when the disabled tug he was working on capsized and sank on Lake Erie September 21, 1993. The 69 foot tug Duke Luedtke, owned by Luedtke Engineering Company of Frankfort, Michigan, on her way to Ashtabula from West Harbor, Ohio when she began taking on water shortly before midnight September 20. Captain Jack Hannan radioed for help and two Coast Guard rescue boats, one from Cleveland and one from Lorain, responded to the scene about 14 miles north of Avon Point.

When they reach the Duke Luedtke, one of the Coast Guard vessels came alongside the tug to start pumping water from her while Seaman Michael O'Neill, 20, and Marvin Thompson, 24, went down into Luedtke's engine room to try and find the leak. Shortly before 1:00 a.m. the 150 ton tug suddenly listed to port and sank stern first in about 70 feet of water. The Coast Guard 41-footer alongside the tug sustained some damage when the tug went down.

Captain Hannan and two crewmen aboard the tug went into the water when she rolled and were rescued by Coast Guardsmen. Thompson was able to break open a porthole and escape to the surface, but O'Neill was apparently trapped in the engine room. As rescue efforts commenced, drawing an additional fleet of Coast Guard vessels and aircraft, there was some hope that O'Neill might have found an air pocket in the submerged tug. His body was recovered by divers from the hull of the tug, however, at about 3:45 p.m. September 22, 1993.

O'Neill was from West Alexander, Pennsylvania, and had transferred to the Cleveland station from Miami only a month before his death. Former shipmates aboard the Coast Guard cutter Baranof, on which O'Neill served for two years during his Miami tour of duty, remembered him as a dedicated sailor who had participated in a number of dangerous rescue missions. 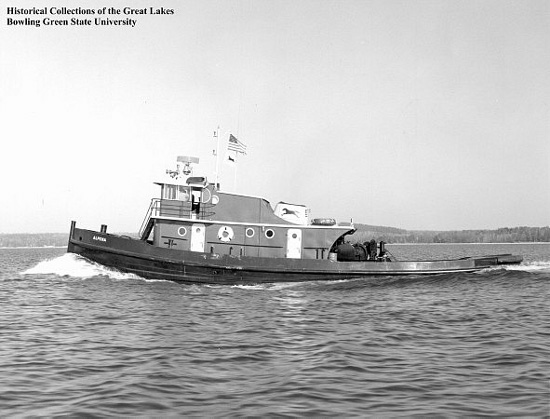 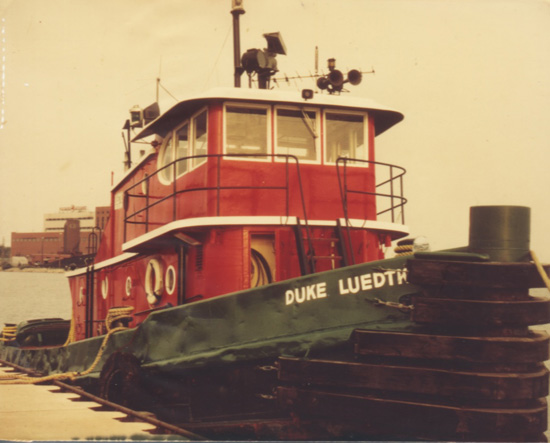