Kohl asserts, "The wreck lies on its port side, with the stern almost upside-down. Features include the huge propeller and engine, plus much of the ship's lumber cargo."

STORY OF THE LOSS

Saturday, September 18, 1909 due to leak in heavy seas. Swayze states "A rapidly-rising westerly gale turned her sideways to the wave-troughs and capsized her. The crew was picked up by steamer Maryland, which was nearby."

The wreck of the steamer John Pridgeon Jr., owned by John Boland of Buffalo, which went down off Cleveland, was located yesterday by Captain Phillip Borderick of the Great Lakes Towing Company. She is a total loss, and it will be necessary to dynamite her in order to recover part of the cargo of lumber.

Greenwood asserts, "Mr. John Pridgeon, Jr., was born in Detroit, Michigan, on August 1, 1852. He was locally educated and inherited his father's love for marine matters. He began work as a clerk aboard the steamer B.F. Wade of Chicago, Sarnia & Grand Trunk Line, in 1868 and continued his work until 1875. He then moved ashore, serving for agent of the line in Port Huron, Michigan. The steamship line was discontinued in 1880, when a direct rail link between Detroit and Chicago, Illinois, was established.

Between 1880 and 1886, Mr. Pridgeon was a vessel broker involved in buying and selling Great Lakes vessels. He was elected Mayor of Detroit in 1887 and invested heavily in real estate. He moved to New York, New York, in 1914 and retired shortly thereafter. He died March 22, 1929, in New York City. The wooden steamer John Pridgeon, Jr. was launched November 29, 1874, and began sailing in April, 1875. The carrier remained in service until being swamped and sunk in a storm on September 18, 1909 off Cleveland, Ohio, in Lake Erie." 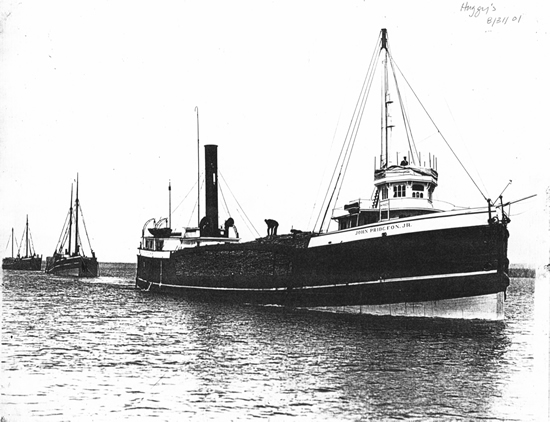 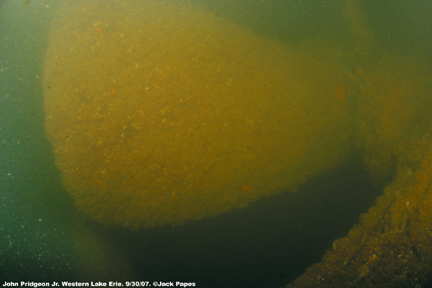